Forest-grown Shiitake can easily amp up Umami in any dish. 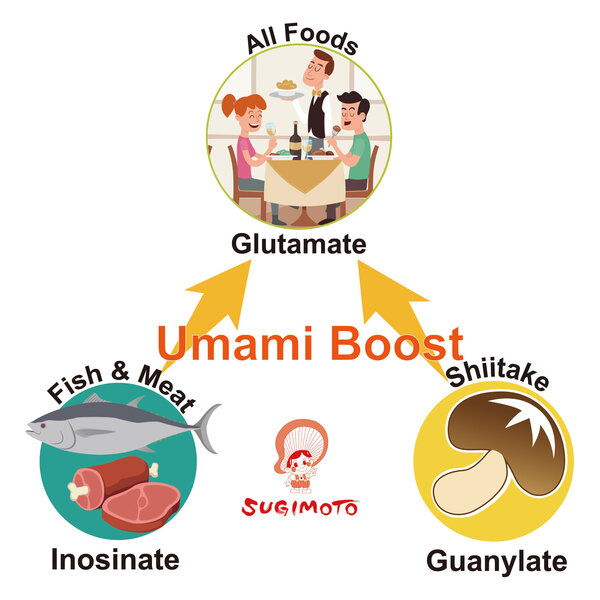 Shiitake can be considered as the 3rd Umami.

2nd is adding the Umami booster Inosinate. Inosinate is abundant in meat and fish, and we all know that meat and fish make our dishes taste better!

The 3rd is the Umami Booster provided by Guanylate of Dried Shiitake. Guanylate is a more powerful Umami booster, increasing Umami by 30 x's through the synergistic effects of Glutamate and Inosinate.

Guanylate, however, is not as well known.

When you use dried Shiitake to cook, you can make the following Glutamate-rich ingredients even more Umami-dense.

How do Shiitake enhance Umami?

Glutamate is abundant in various foods, but Guanylate is only found in a few foods, such as dried Shiitake mushrooms.

"Humans recognize the umami taste as an indicator of accessible protein in food, and the taste sensation is triggered by free amino acids, in particular by binding of the l-glutamate ion to umami taste receptors in the tongue. Glutamate (Glu) is the most abundant amino acid in human breast milk, suggesting that the newborn child is primed early for umami sensing." Read the paper

"In humans, the large synergism occurs between MSGand IMP or GMP. The maximal taste intensities of mixtures of MSG and IMP or MSG and GMP were 7and 30 times." Read the paper

Enhancing Umami/Flavor without a mushroom taste.

Forest-grown Shiitake brings out the best tastes, not by masking or adding another flavor, and with less salt.

The rehydrated water becomes a broth/"Dashi," which can be used in many different ways to improve the flavor and Umami taste of most foods.
Please experiment by adding small amounts of this Shiitake Dashi to your cooking. Use the dashi sparingly, if it tastes like mushrooms, you have added too much.

Our 1,000-year-old Japanese cultivation method permits you to use rehydrated Shiitake water as a very tasty Dashi. For Chinese Shiitake, you need to discard the first batch of rehydrated water, then squeeze water from the Shiitake. or wash with potato starch to remove the smell.

Rehydrating at a lower temperature will produce the most Umami taste.

Forest-grown Dried Shiitake brings out the best natural Umami tastes, not by masking or adding another flavor, unlike dried porcini.

Shiitake's drying and the rehydrating process crush its cell membrane and produce rare Guanylate, which boosts the Umami taste of other ingredients. 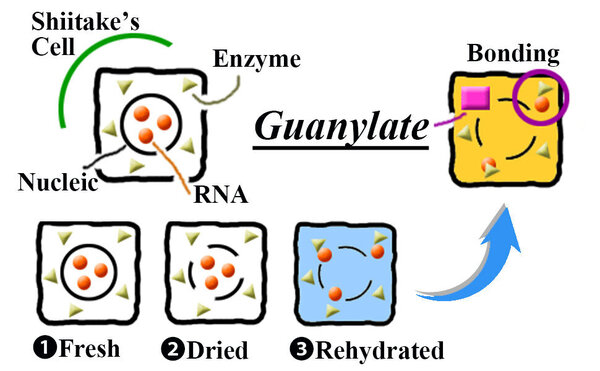 Dried Shiitake concentrated sources of Umami have been the critical backbone of countless Zen dishes.

Also, Shiitake can enhance the Umami taste of non-MSG Vegan cooking. Using Shiitake in Vegan cuisine can make it even more delicious!

Of course, meat lovers can use Shiitake for cooking to enjoy the very best Umami taste. 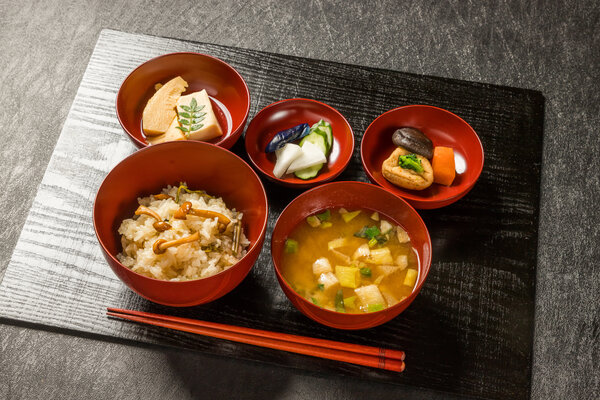 Japanese Forest-grown Shiitake cost about three times as much as Chinese Sawdust-grown one. But contain about twice as much Glutamate and six times as much Guanylate.

Glutamate is the Umami of Shiitake itself.

Guanylate enhances the Umami of other ingredients. 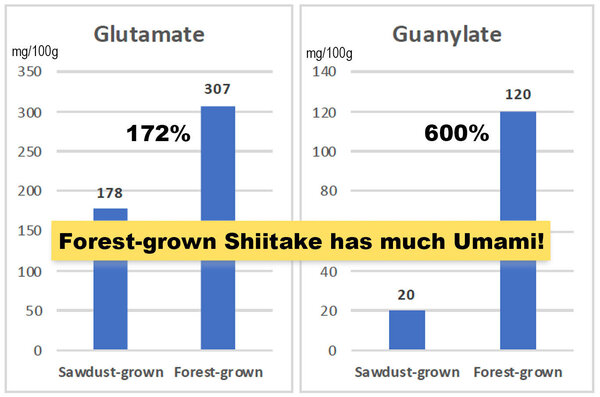 Christopher Kimball's Milk Street, a renowned culinary school in the US, recommends our Shiitake mushrooms.

Famous Japanese Chef, Dr. Yukio Hattori, chose our Shiitake for his traditional Japanese New Year Feast "Osechi" every year. He is known as an expert commentator on the Japanese TV show "Iron Chef."
His cooking school, Hattori Nutrition College, recommends our Shiitake and allows us to use his name on our products. 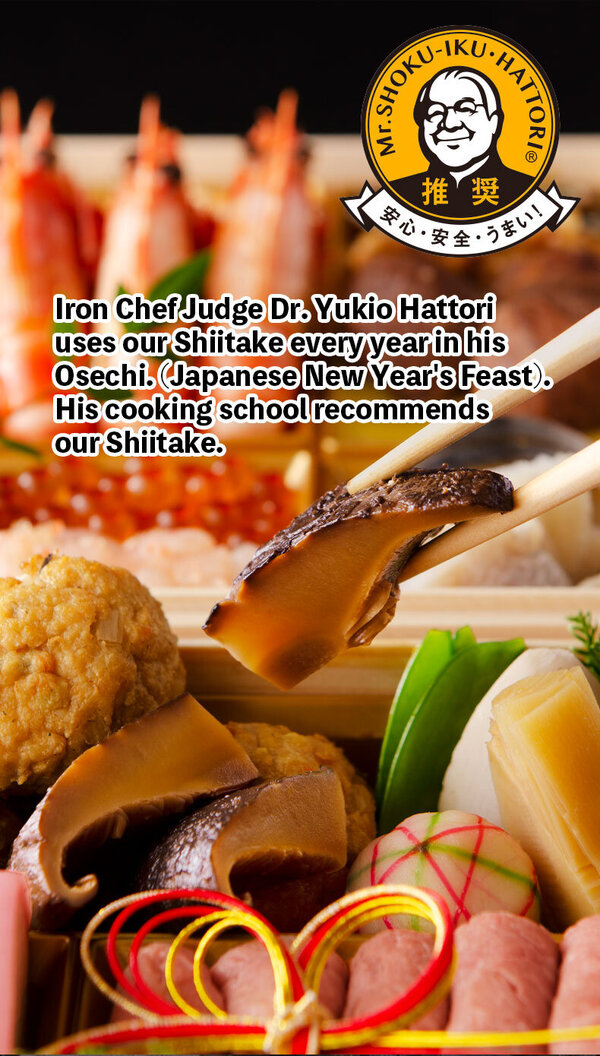